By Marcela De Vivo, mother of a child with a severe disability and freelance writer who works with Oltarsh law firms.  She writes on immigration law, health and special education law and inclusion.

Individuals of all ages and all abilities can benefit from music therapy. Previously, music therapy has been used to support emotional, cognitive and social development in many populations. Music therapy may help to promote wellness by managing stress, enhancing memory, and improving communication.

A 2004 study from the Journal of Music Therapy found that music in interventions used with children and teens with ASD can improve social behaviors, increase focus and attention, increase communication attempts (vocalizations, verbalizations, gestures, and vocabulary), reduce anxiety, and improve body awareness and coordination.

Many additional studies have found that children and adults with autism spectrum disorders (ASD) respond well to music. Often, individuals with autism respond positively to music when little else is able to get their attention, which makes music a potential therapeutic tool.

Additionally, a skilled therapist can use music with children to increase their social interaction and improve social skills. Passing and sharing instruments, music and movement games, gathering around a central instrument, learning to listen and singing of greetings are just a few of the ways music therapy sessions can increase interaction. 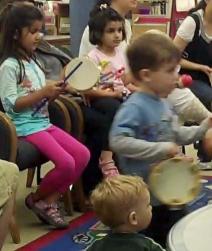 In a 2012 study of 41 children with autism over a ten-month period, See found that weekly music therapy sessions seemed to improve overall behavior, with the most improvement seen in inattentive behaviors. Children in this study experienced hour-long sessions of music therapy once a week, and their conduct was monitored against a checklist of target behavior like restlessness, aggression and noisiness. More than half the group improved by one or two points on the scale after the music therapy sessions.

Up to thirty-percent of children with autism are nonverbal, and many low-functioning children have difficulty following verbal commands, and have difficult time with social awareness like understanding body language.

Wan et. al. (2004) found music to improve the mapping of sounds to actions, by connecting the auditory and motor sections of the brain, which may help improve understanding of verbal commands. By pairing music with actions, and with repetitive training, the brain pathways needed to speak can be reinforced and improved.

Children with autism are more sensitive to anxiety than the average child, as they are unable to filter out provoking stimuli. A small four-week study, conducted at the University of Wisconsin La Crosse in 2006, found preliminary success in reducing anxiety in patients with autism through music therapy. After 16 short, 20-minute sessions, during which the treatment patients listened to rhythmic music, the participants who received the therapy appeared to have decreased anxiety-related behaviors.

Classical music or music with a steady rhythm is thought to be the best for alleviating anxiety in children with autism due to the predictability of the beat. 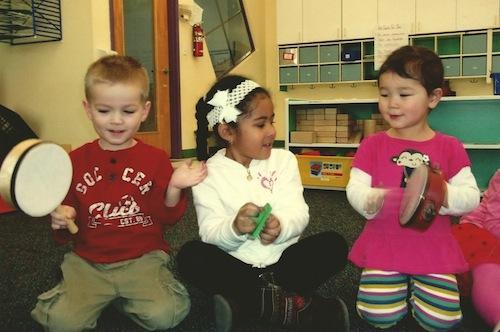 Perhaps most importantly of all, music therapy is engaging and enjoyable for children with autism. Music therapy is able to bring about changes in social behavior and cognitive ability only through repeated and prolonged sessions—and the best way to keep children working at something is to ensure that they enjoy it. Almost like another form of play, music therapy is something ASD children can engage in without having it feel like work.

Music is an effective way to communicate with and reach children with autism. Music therapy seems to be able to improve social skills, behavior, anxiety and more—and might be the one thing that can reach a child with autism when nothing else will.

Marcela De Vivo is a writer, music enthusiast and mother of son with special needs. Through music therapy her son, who has severe cerebral palsy, is able to have fun and communicate more effectively with his family. Follow his journey by visiting www.PrayForNathan.org.

Professor and Associate Dean of Research

Parents of children with autism spectrum disorder (ASD) are faced with difficult treatment decisions that are complicated by the vast information on the web. One of the most popular interventions continues to be the gluten-free, casein-free (GFCF) diet despite the fact that limited scientific evidence supports its use. This article will apprise  families about current research regarding the GFCF diet, and help them determine whether it is best suited to their child and family lifestyle.

The most popular rationale for this diet is the “opioid-excess theory”, which states that excess opioid-peptides, caused by the incomplete breakdown of foods with gluten and casein, trigger autistic symptoms (Panksepp, 1979; Reichelt, Ekrem, & Scott, 1990; Shattock, Kennedy, Rowell, & Berney, 1980). Another popular theory is that children with autism have “leaky gut syndrome”, which involves opioid-peptides crossing the intestinal and blood-brain barriers, and ultimately affecting the endogenous opiate and central nervous systems. Some assert this “leaky gut” may help explain why many children with ASD have gastrointestinal (GI) symptoms such as diarrhea and constipation in addition to social and communication deficits (Horvath & Perman, 2002a).

While these theories are interesting, they have not been well-studied.  The largest trial was conducted by Whiteley et al. (2010) with 72 subjects, and results were positive; indeed, children demonstrated improvements in the following: language, attention, concentration, interaction, communication, hyperactivity, motor coordination, repetitive behavior patterns, social integration, and self-injurious behavior/altered pain perception. There have been four other published randomized, controlled clinical trials of the GFCF diet, but they have been limited by small sample sizes, high dropout rates, and diet noncompliance (Elder et al., 2006; Hyman et al., 2010; Johnson, Handen, Zimmer, Sacco, & Turner, 2011; Knivsberg, Reichelt, Hoien, & Nodland, 2002). In addition, studies may be affected by the parent placebo effect, which occurs when parents are aware that their child is on the diet and report positive results that may not actually exist (Elder et al., 2006; Knivsberg et al., 2002). Finally, because ASD affects children differently, it is difficult to determine which children are likely to respond to the GFCF diet as well as its effects on symptoms.

Pros and Cons of the GFCF Diet

In evaluating treatment options, families should avoid hasty decisions that may result in falling prey to unsubstantiated or even bogus claims. Until the GFCF diet is further researched, parents should consider the following before implementation: